Due to unforeseen complications related to the US immigration system the  award of the 2016 ITLUS/Rosenbohm farm internship has been delayed until recently, however now that all the paperwork is complete ITLUS are glad to announce that Mr Dennis Dunne of Rathangan, Co Kildare has been awarded the  internship and will shortly travel to Graham, Missouri to meet the Rosenbohm family and begin  his time in the US. 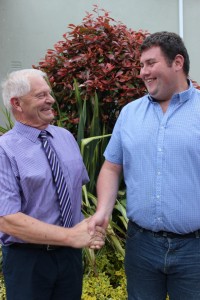 ITLUS President, Anthony Collins, congratulates Denis Dunne from Rathangan, Co Kildare who is the first recipient of the ITLUS/Rosenbohm farm internship in Missouri in the US. Denis will depart for the US in early August.

Dennis recently attended a council meeting of ITLUS and met our President Anthony Collins and other members of the council. 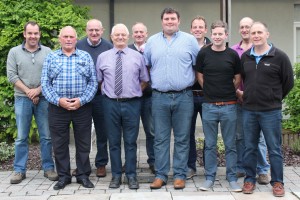